Sunday marked the beginning of the 5-day Northern Indian Hindu festival of Diwali, or the Festival of Lights (in South India it is called Deepavali).  Like Dashain in Nepal and Navratri in India, Diwali celebrates to victory of the Good over the Evil and Light over Darkness.  On the first day of Diwali, part of the festivities include drawing designs called rangolis on the ground in front of the entrance to one's home, as a form of welcome to the Goddess of Wealth and Prosperity, Lakshmi.  Here is my own version of a Christocentric Rangoli that I've posted about previously: 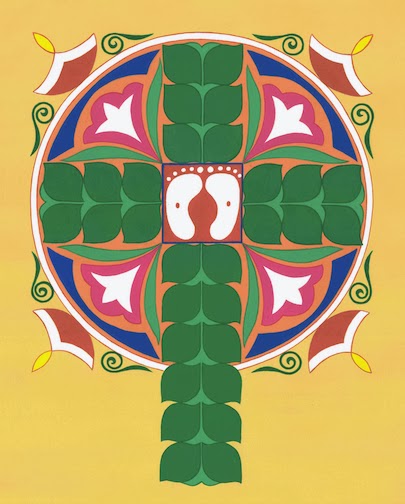 [A rangoli is] meant to be sacred welcoming [area] for the Hindu deities" (Wikipedia).  This one shows the pierced feet of Jesus in the middle, welcoming Him into one's home.  John 1:1-5 tells us,


This week may Christ's light shine in our hearts and be made manifest in our lives through His Holy Spirit!  May His Gospel speak to others through us as we welcome Him each day.  Pray for Hindus throughout the world that Christ would speak to their hearts during this festival and reveal Himself to them as the true Light of the World who has come to save us. 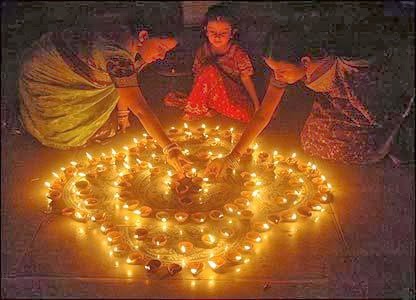 Posted by hmsarthistorian at 7:30 PM

Email ThisBlogThis!Share to TwitterShare to FacebookShare to Pinterest
Labels: Diwali