The Art of Jyoti Sahi @ The Jesus Question

Here's another great post by Victoria Jones over at The Jesus Question.  In it she explores "how Hindus perceive Shiva as Lord of the Dance, and then [considers] how we might apply a similar characterization to Jesus, as does Indian Christian artist Jyoti Sahi in his woodcuts and paintings."

I learned a lot from the post and it made me want to pick up the two remaining unread books I own that are written by or about Jyoti Sahi.  Victoria also plans an upcoming post in the same series on Nyoman Darsane, which I'm looking forward to with equal anticipation.
Posted by hmsarthistorian at 11:44 PM No comments:

(Nearly) Free Download: Contextualization in the New Testament: Patterns for Theology and Mission 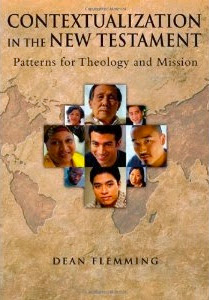 Here's a link to a great free download, which I highly recommend: Contextualization in the New Testament: Patterns for Theology and Mission by Dean E. Flemming. It won the 2006 Christianity Today Book Award and was honored as one of the "Fifteen Outstanding Books of 2005 for Mission Studies" by International Bulletin of Missionary Research. From Amazon:

Few have considered in depth how the early church contextualized the gospel. And yet the New Testament provides numerous examples. As both a crosscultural missionary and a New Testament scholar, Dean Flemming is well equipped to examine how the early church contextualized the gospel and to draw out lessons for today. By carefully sifting the New Testament evidence, Flemming uncovers the patterns and parameters of a Paul or Mark or John as they spoke the Word on target, and he brings these to bear on our contemporary missiological task.

Although it doesn't deal with the arts specifically, it has a lot of good information on principals relating to contextualization in general. There were a few points (mainly in the last chapter) with which I disagreed, specifically whether or not there is a "supracultural" gospel that applies to all cultures at all times (Fleming seems to play both sides of the issue, or I'm misunderstand him). He also makes it clear on p. 108 that he is not reformed, for those of you who care about such things. Overall, definitely worth a read. It's been over two years since I read it.

Dean Flemming is professor of New Testament and Missions at MidAmerica Nazarene University, Olathe, KS. He served as a theological educator in Asia and Europe for more than 20 years. His research and writing specializes in Paul's letters, the New Testament and mission, and biblical precedents for contextualization. He also has a strong interest in the book of Revelation.

Right now, the website charges $1.95 "promotional membership" in order to download the book.
Posted by hmsarthistorian at 9:39 PM 2 comments:

Links to this post
Email ThisBlogThis!Share to TwitterShare to FacebookShare to Pinterest
Labels: Contextualization in the New Testament: Patterns for Theology and Mission, Dean E. Flemming, free download

A Brief History of Visual Contextualization in India: Part 1

In today's post I am beginning a brief series on contextualized visual art in India.  You might call it a collection of "highlights."  A major source of information for the series is the new book Christian Themes in Indian Art from Mughal Times to the Present (I own a copy that I am practically drooling over). 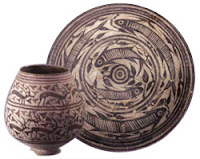 However, we should begin at the beginning, with the Indus Valley Civilization.  This was the first "great" civilization of India that built cities and left some form of material culture and art, though tantalizingly little.  Its religious beliefs, though still largely unknown, appear to have had at least some influence on one of India's subsequent major religions, Hinduism.

relatively little is in fact known about the details of the religious world of the Indus Valley civilization. Based on archaeological remains, however, it seems that this was a religious world that was particularly focused on ritual bathing and animal sacrifice, elements that may be the source of later Hinduism's attention to the purifying qualities of water and the centrality of sacrifice. Furthermore, a great many female figurines have been discovered in the ruins of the cities that date to this period. These seem to have been goddesses, and may have been particularly associated with fertility rituals. 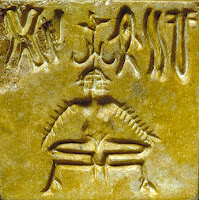 Scholars have speculated that these figures are origins of the many goddesses who populate the vast Hindu pantheon. Male figures have also been found on stone seals. Some of these seals depict a seated figure surrounded by a variety of animals, including bulls. These images lead some scholars to label these "proto-Shiva" figures, since the great god Shiva is generally associated with animals (he is sometimes called "Pashupati," the Lord of the animals) and more particularly linked with the bull, which later becomes his special "vehicle."

Read more »
Posted by hmsarthistorian at 12:29 AM No comments: 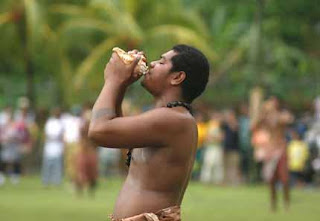 This just in from International Council of Ethnodoxologists:

Once every four years, Pacific artists gather together to celebrate both their common heritage in the arts (visual, song, dance, theatre, etc.) as well as their cultural diversity.  The Solomon Islands will host the 2012 FESTIVAL OF PACIFIC ARTS (FOPA), expected to draw 3000 participants from the region.

This summer a Wycliffe Discovery trip will offer a unique opportunity for ethnoarts, videography, and communications students (and professors) to participate in the festival through the following:
To get prerequisites, application, and other details, see:

Note! Applications accepted until March 8.
Posted by hmsarthistorian at 11:13 PM No comments: